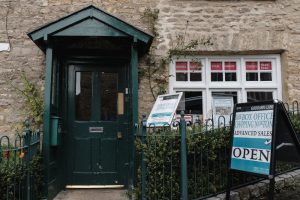 The Theatre’s fabulous building began life as a Salvation Army Citadel, with the first stones, still visible on the front exterior of the building, being laid on 3rd August 1888. In a strange quirk of fate, its designers and engineers had also worked on many Victorian Music Halls, leaving it perfectly proportioned for its future theatrical life. R

The Mill is the only dedicated arts provision in Banbury which has a vision is to inspire creativity and enrich the lives of the local communities by providing a high quality, varied artistic, education and participatory programme. They believe that by offering their communities the chance to engage with and be entertained by a variety of art forms they will play a significant role in the cultural, social and economic development of the town.

Situated in the heart of the Cotswolds, the theatre is located on the outskirts of the village of Longborough in Gloucestershire, a few miles from Stow-on-the-Wold and Moreton-in-Marsh. Longborough Festival Opera is now considered to be one of the UK’s finest country opera houses. It has an intimate auditorium seating 500 people and enables visitors to experience the drama and emotion on the stage on an almost personal level. They work with talented designers, directors, conductors and the best up-and-coming artists to bring you something you won’t have seen anywhere else. Founded by Martin and Lizzie Graham and located in the grounds of their home, a visit to Longborough ensures an intimate and unique experience which truly captures the drama and emotion happening on stage.

Based on the campus of St Edward’s School, this award-winning facility offers a fully flexible 200-seat theatre, studios for dance and drama and a public art gallery. The range of events at The North Wall aims to place emphasis on new and innovative work and has been created for the benefit of emerging artists across a range of disciplines. The North Wall exists to provide opportunities for artists, young people and the general public to make and experience art of the highest possible quality. They aim to promote the notion of art as a tool for living; timely, relevant and socially engaged.

The Sheldonian Theatre is an exquisite Neoclassical designed Grade I listed building designed by Christopher Wren and buiilt between 1664-1669 and has a capacity of 1000. It’s the official ceremonial hall of the University of Oxford. Some of the ceremonial activities that take place in the Theatre include matriculation, graduation ceremonies, Encaenia and Congregation. The Theatre is open to the public to visit when not in use and is the venue for many classical concerts and recitals.

New Theatre
Web: www.atgtickets.com/venues/new-theatre-oxford
Email: oxfordboxoffice@theambassadors.com
Tel: 0844 871 3020
George St, Oxford OX1 2AG
The first version of the theatre was built in 1836 and was known commonly as the ‘Vic’, and later became the ‘Theatre Royale’ after the company that played there. Originally forbidden to perform plays during the University terms, the lessee of the theatre resorted to presenting ‘concerts’ or music hall entertainment. Audiences can now once again see leading opera and ballet companies, from the Welsh National Opera to the English National Ballet, contemporary dance, hit musicals like Chicago and Guys and Dolls, and of course sell-out pop concerts. The venue’s current capacity is 1785.

Oxford Playhouse presents and produces a wide, dynamic range of live performances. Its programme includes the best of British and international drama, family shows, contemporary dance and music, comedy, lectures, poetry, student and amateur shows. The Playhouse also produces and tours its own shows, hosts Artists in Residence and presents Playhouse Plays Out, which is an ongoing series of off-site events which happen at various locations across the county.

Richard Burton received his first standing ovation here in Oxford while he was studying at Exeter College. The Burton Taylor Studio is the coolest, smallest place to see new work in Oxford. Situated just around the corner from Oxford Playhouse, this 50-seater studio hosts a wide variety of student productions during each eight-week University term. Out of term time the Studio presents a dedicated programme of professional work.

The Old Fire Station is in the heart of Oxford, it’s aim and reputation is to showcase the best of local and international performance and artwork, which takes a risk and entertains. They want their audiences to have fun and be open to new ideas and different people. They help homeless people choose their own labels by including them as audience, participants, trainees, volunteers, contributors or artists which helps develop networks, build resilience and leads to more stable lives. They offer a public space which is shared by very different people and helps to break down barriers and promote solidarity. An extensive programme including comedy, theatre, dance, music, spoken word, talks,workshops and family friendly events.

Pegasus is a theatre with young people at its core and heart. In everything they do, Pegasus considers how to attract, engage and spark the imaginations of young people. This is inclusive of families with young children, schools, teenagers and students. Pegasus is a popular meeting place where generations, cultures, artists and participants come together as a community within an inclusive and creative environment. The organisation has also a strong positive identity, good working relationships with a range of partners and an excellent track record of artistic, youth and community development.

The Swan Theatre is a firm favourite space for many actors, directors and audiences. A more intimate theatre than the RST, it seats 426 people again, on three sides of a deep thrust stage. They regularly stage the work of Shakespeare’s contemporaries as well as plays by later writers, such as Restoration playwrights, and new work by today’s writers.
It was opened in 1986 and is built on the side of the larger Royal Shakespeare Theatre, occupying the Victorian Gothic structure that formerly housed the Shakespeare Memorial Theatre

The world famous Royal Shakespeare Theatre is a 1,040 seat thrust stage theatre which brings audiences closer and in the best possible setting to experience live theatre. Unarguably, one of the world’s best-known theatre ensembles, the Royal Shakespeare Company performs the works of Shakespeare, his contemporaries and new writing, throughout the year.There are also stunning views from the Tower, you can discover theatrical secrets on a Theatre Tour, or just spend time exploring the award-winning The Play’s The Thing exhibition, there’s also a cafe and rooftop restaurant.

Founded in 1889, Garsington Opera gives performances of great artistic quality in a setting of outstanding natural beauty. The Opera Pavilion is the spectacular setting for performances, which sits within the rolling landscape of the Chiltern Hills. The festival presents a programme of four operas each year during June and July, often including a Mozart opera, and also champions less-known works including a number of notable British premieres such as Haydn’s Orlando Paladino, Vivaldi’s L’Olimpiade, and Rossini’s Armida, L’equivoco stravagante and Maometto secondo. Since 2011 it has been established at Wormsley Estate, home of the Getty family.

The Cotswold Playhouse is Strouds unique theatre venue. It is the home of the Cotswold Players, the areas primary amateur theatre company. A small, quaint but perfectly formed venue. The theatre is also available for hire.